In class: Saturdays are half days at the school, so instead of having 2 short sessions, we had 1 long one. We started off the class playing a game, where I thought of a number between 1 and 100, and the students tried to guess it. Then, we coded out how to choose a number between 1 and 100, using an import and random generator. This lesson also brought back what we had done yesterday, so it was good review. 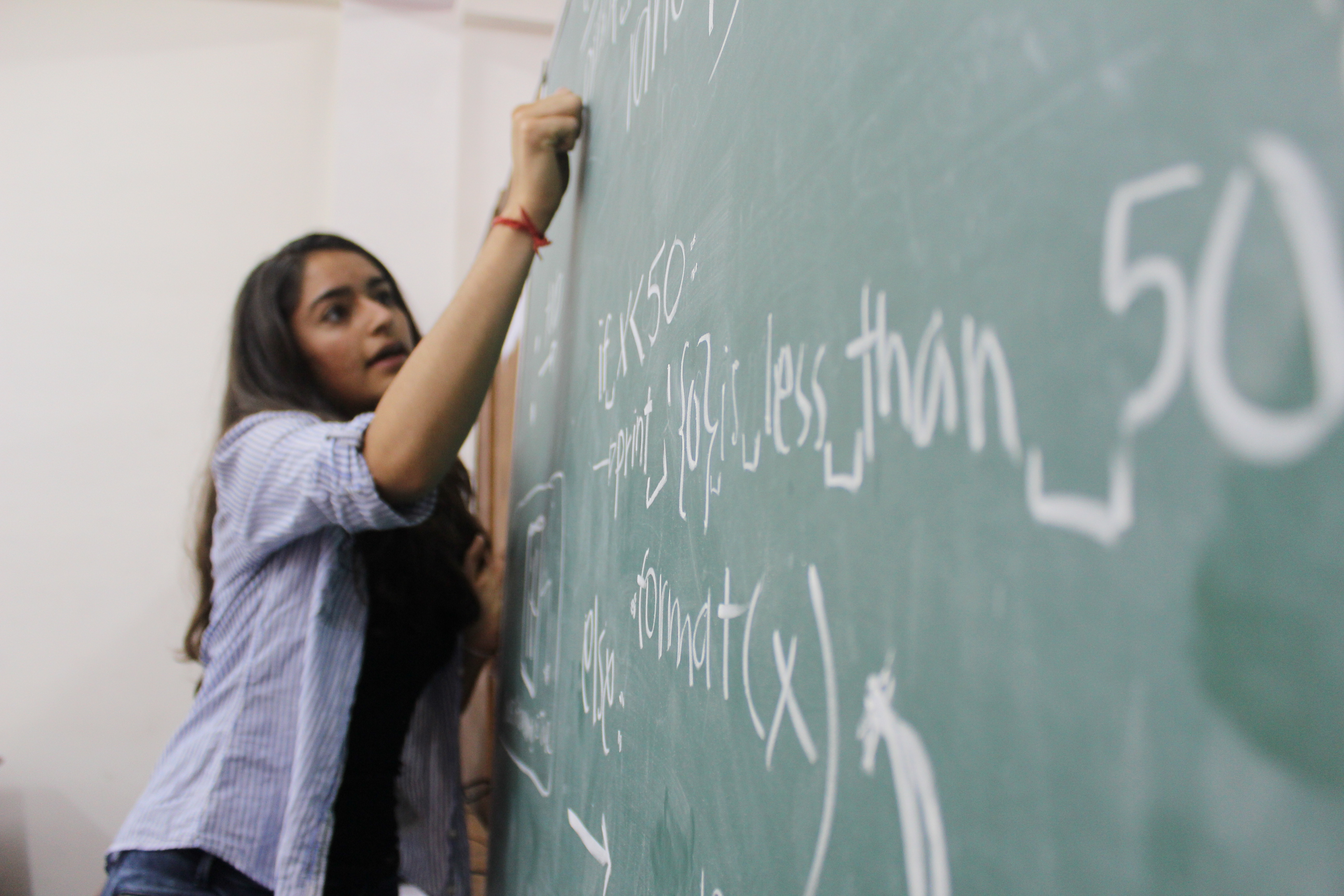 Loops are a pretty hard topic to grasp. So to make sure that the students' understood, we edited the calculator file. I asked the students to enter 0 as their second number on the calculator, with the first one as whatever they wanted. They noticed that the calculator broke down when it got to division, because anything divided by 0 is undefined. In order to change that, we created an if statement that checked whether the second number was 0, and then printed an error message. We also implemented this for remainders, since it's essentially an extension of division.

I gave the students some exercises to try out on their own without my help, to see if they had understood the concepts, which they had. Then we also started off learning the basics of lists and string methods. After that we learnt about indices, len(), upper(), lower(), and string concatenation.

Out of class: After my session with the 10 students, I went to go and give a brief talk to the rest of the 9th and 10th grade, about 200 students. I talked to them about the future of this Pi á la code program. The plan is to involve all of them, and teach all of them through virtual classes. The 10 students I have now taught, are going to be leaders at the school to help their classmates to start coding. 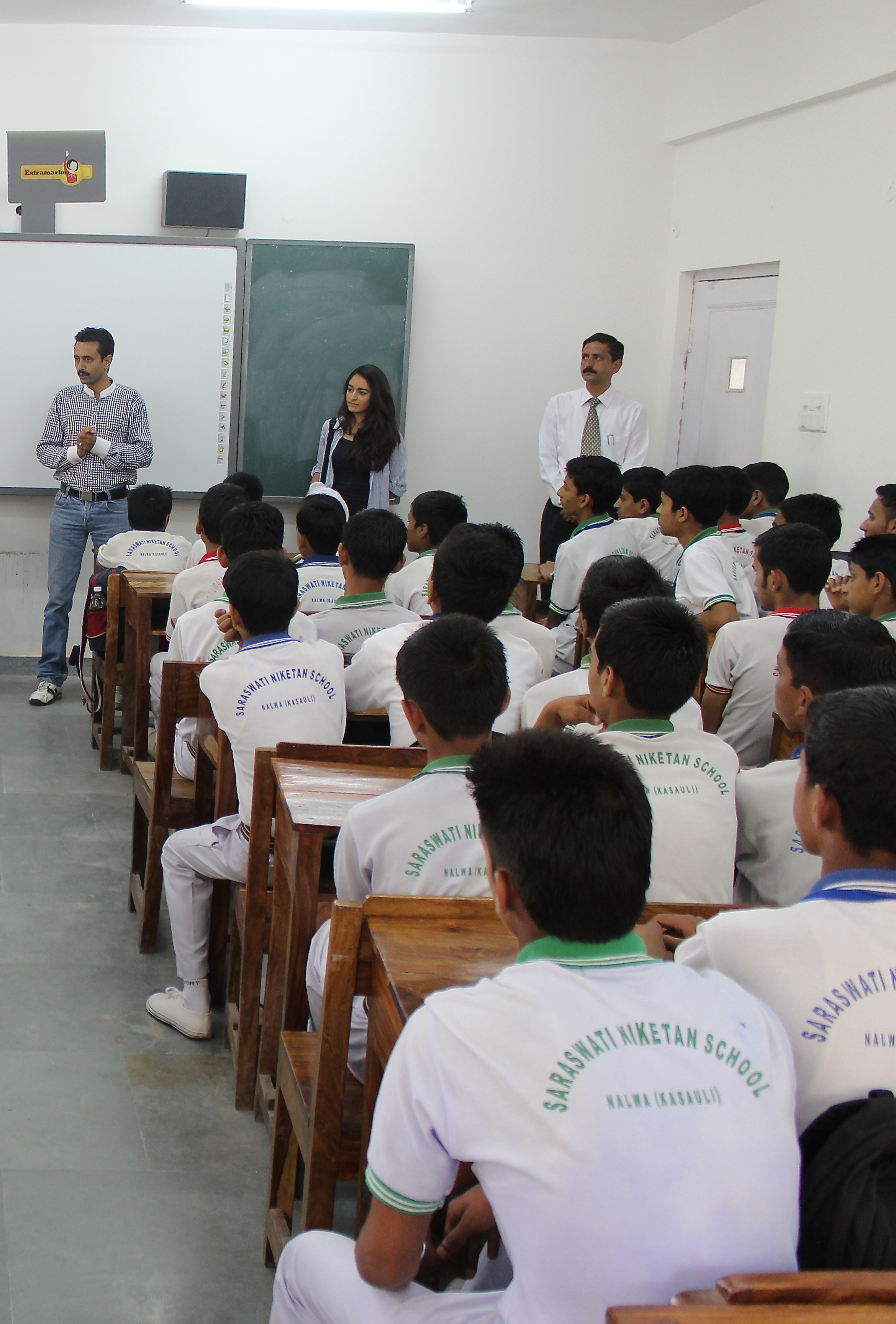 One of the teachers helping me, Me, and the principal

In the afternoon, I went on a nice hike to Manki point, the highest point in Kasauli. It was quite a walk in the heat, and pretty steep as it sloped up the mountain. Sadly, cameras were not allowed inside, so I wasn't able to take a picture of the gorgeous view. Monkeys lined the path, jumping around, scaring people, and stealing their food.

Later that day, I went to have ice cream at the house of Fori Nehru, the oldest living Jewish person. She is the 102 year old sister-in-law of Jawaharlal Nehru, India's first prime minister. It was a treat to see her; she was very sharp, hospitable, and spoke in impeccable English, even at her age. 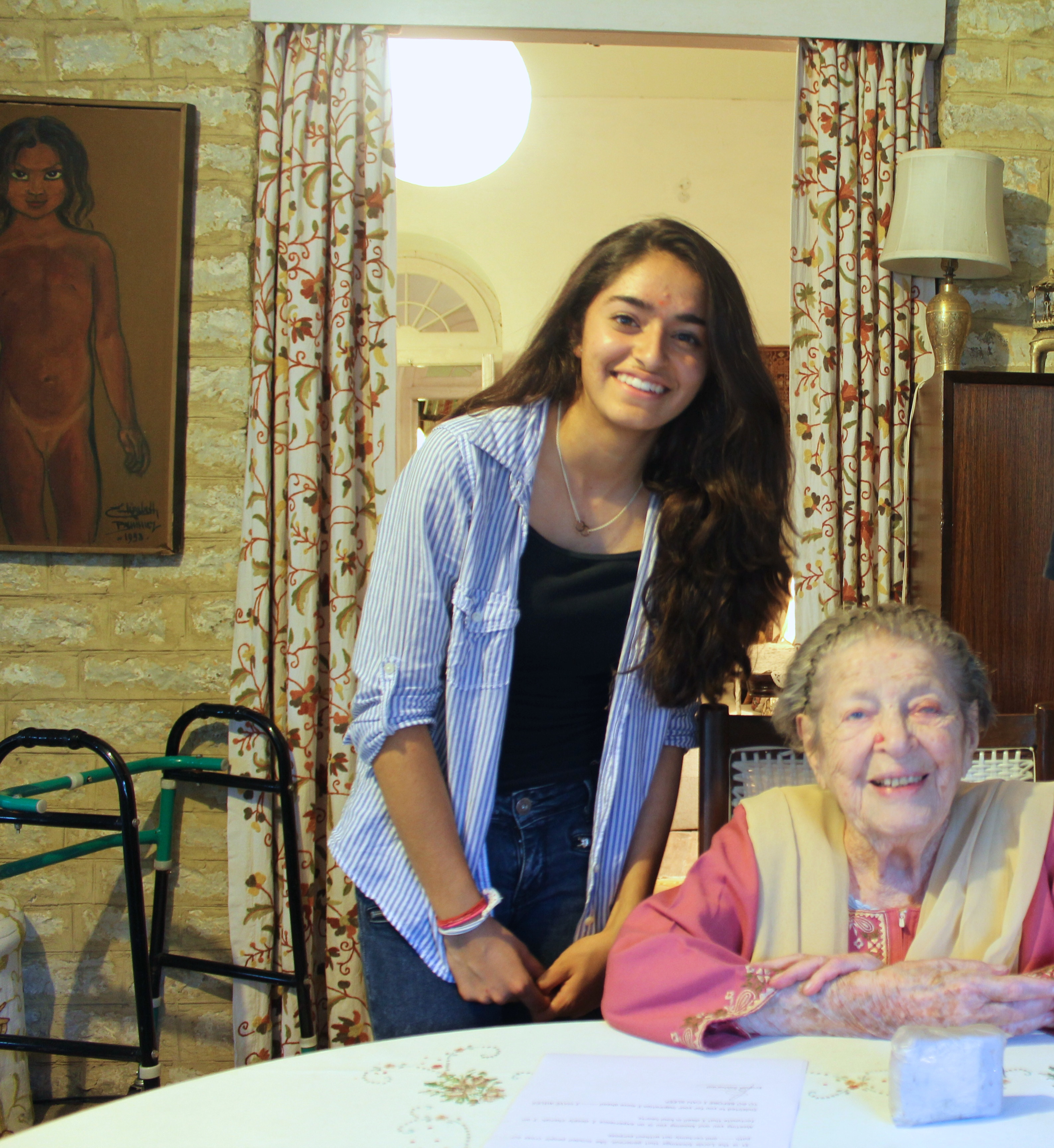 Fori Nehru and I. The orange mark on my forehead is from the temple at Manki point.

In class: Both Sunday and Monday were school holidays due to the local Shulini fair. However, the students still…

In class We started off the class talking about math. I introduced the math functions already built into python,…