In class We started off the class talking about math. I introduced the math functions already built into python, which we used to write some code dealing with variables and print statements. After that, we talked about raw input and string formatting.

What I wrote on the chalkboard during my lecture

Using both math and the raw input function, we created a math caluclator. I also told the students what imports do, and why they are helpful. To create that calculator, we made a nano file, which introduced the students to text editors. We also learnt how to save the file, and run it.
nano my_calc.py python my_calc.py

This caclculator takes two numbers as user input, and then applies the following operators, which produces a printed result.

Out of class After class, I got to go visit a brewery. They had a variety of products, including juice, but they mostly produced spirits in their Kasauli factory. 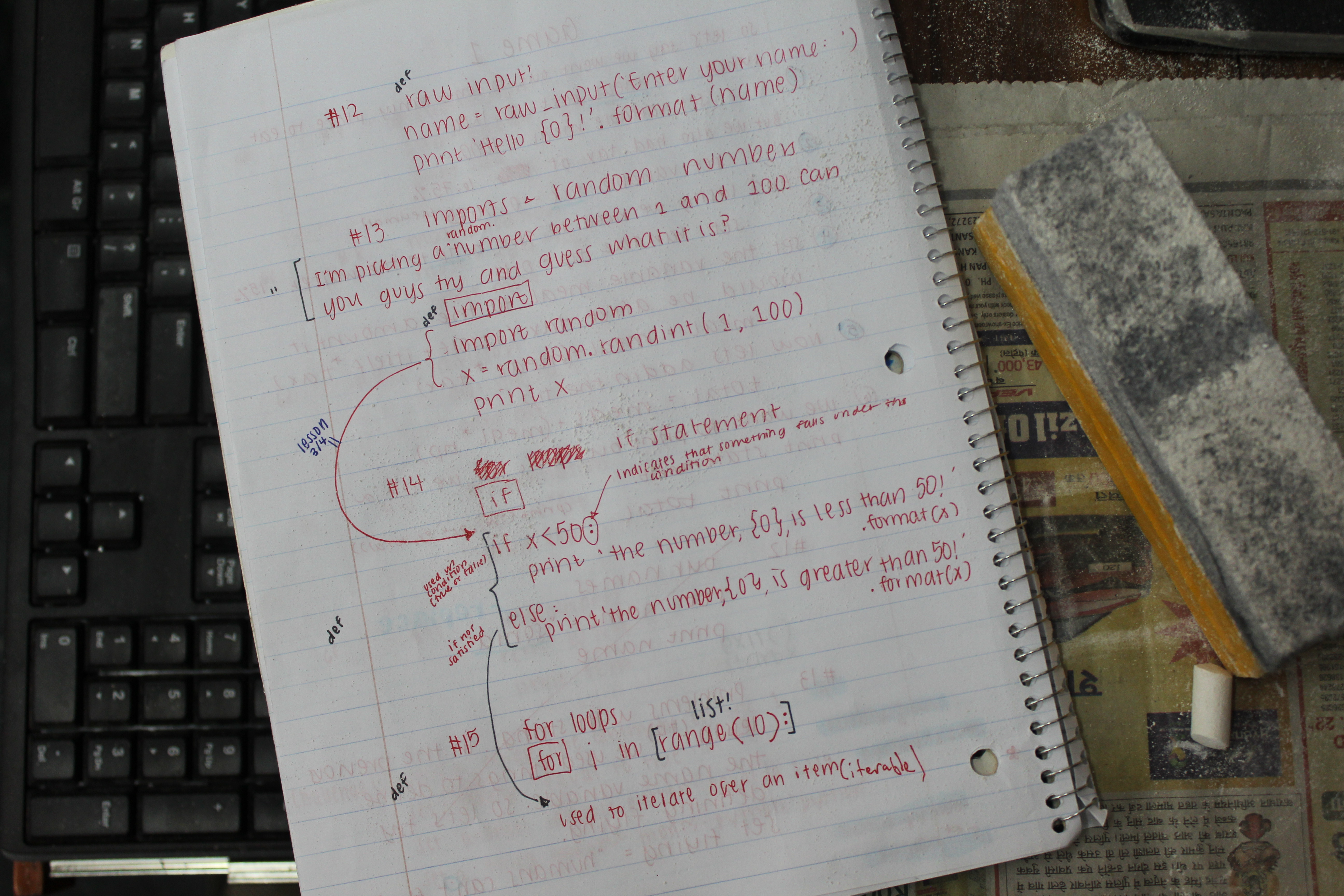 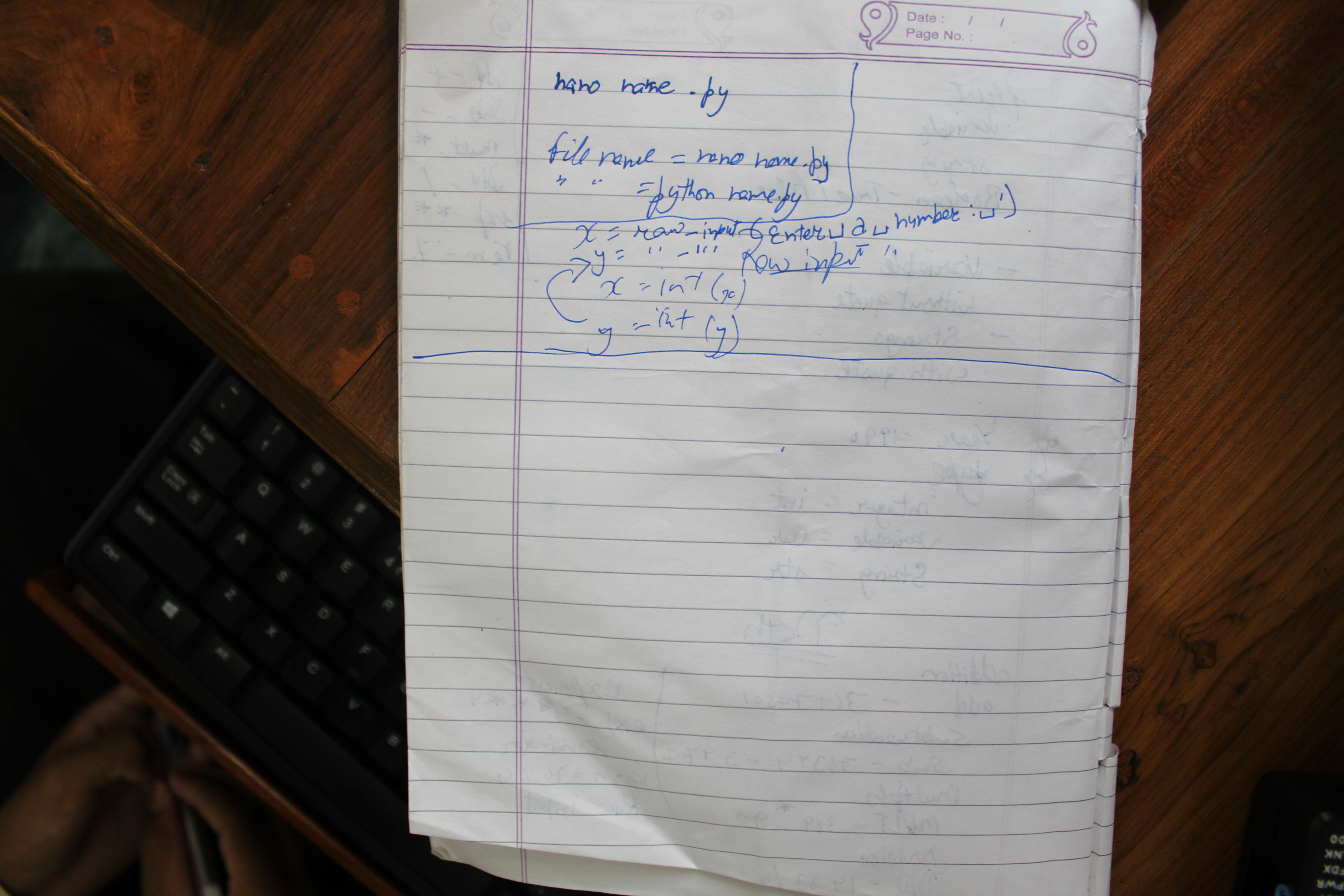 One of the student's notebooks

In class: Saturdays are half days at the school, so instead of having 2 short sessions, we had 1…

In Class: I had my first morning class today. With Jet lag and all, it wasn't a lot of…