8:30 a.m. The school hosts assemblies daily, which I was able to attend. The students said a few prayers and the Indian national anthem, followed by mini presentations from a select number of kids on a variety of topics. 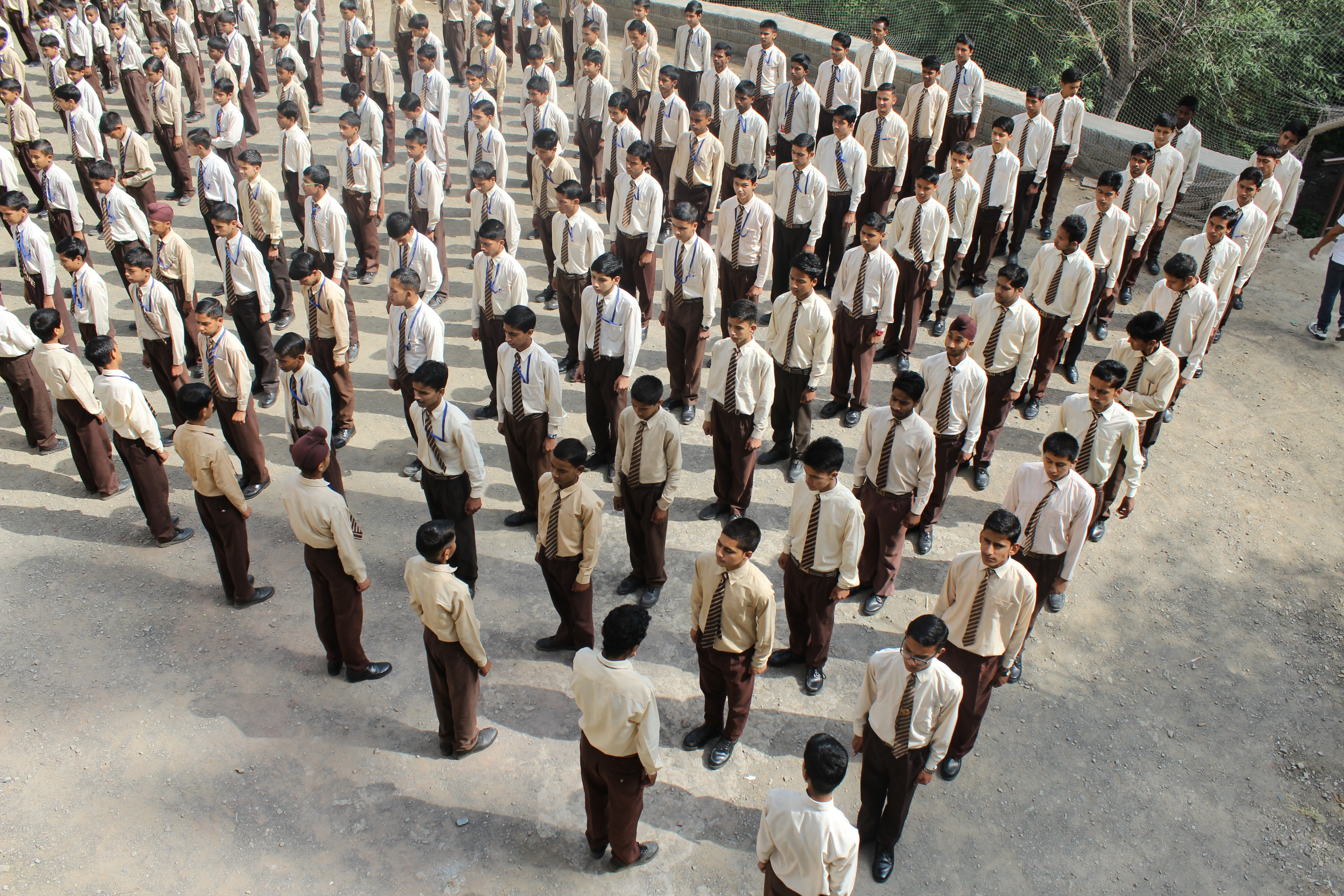 9:30 a.m. I was finally able to speak with one of the teachers who helped me to organize the classes in person, rather than through Skype! It was decided that my first Raspberry Pi/python lesson would be held that afternoon. I would teach 5 girls and 5 boys from 9th and 10th grade for 1 hour and 15 minutes every morning and afternoon. Since summer holidays are held in April and May for traditional Indian schools, classes were in session during my visit. 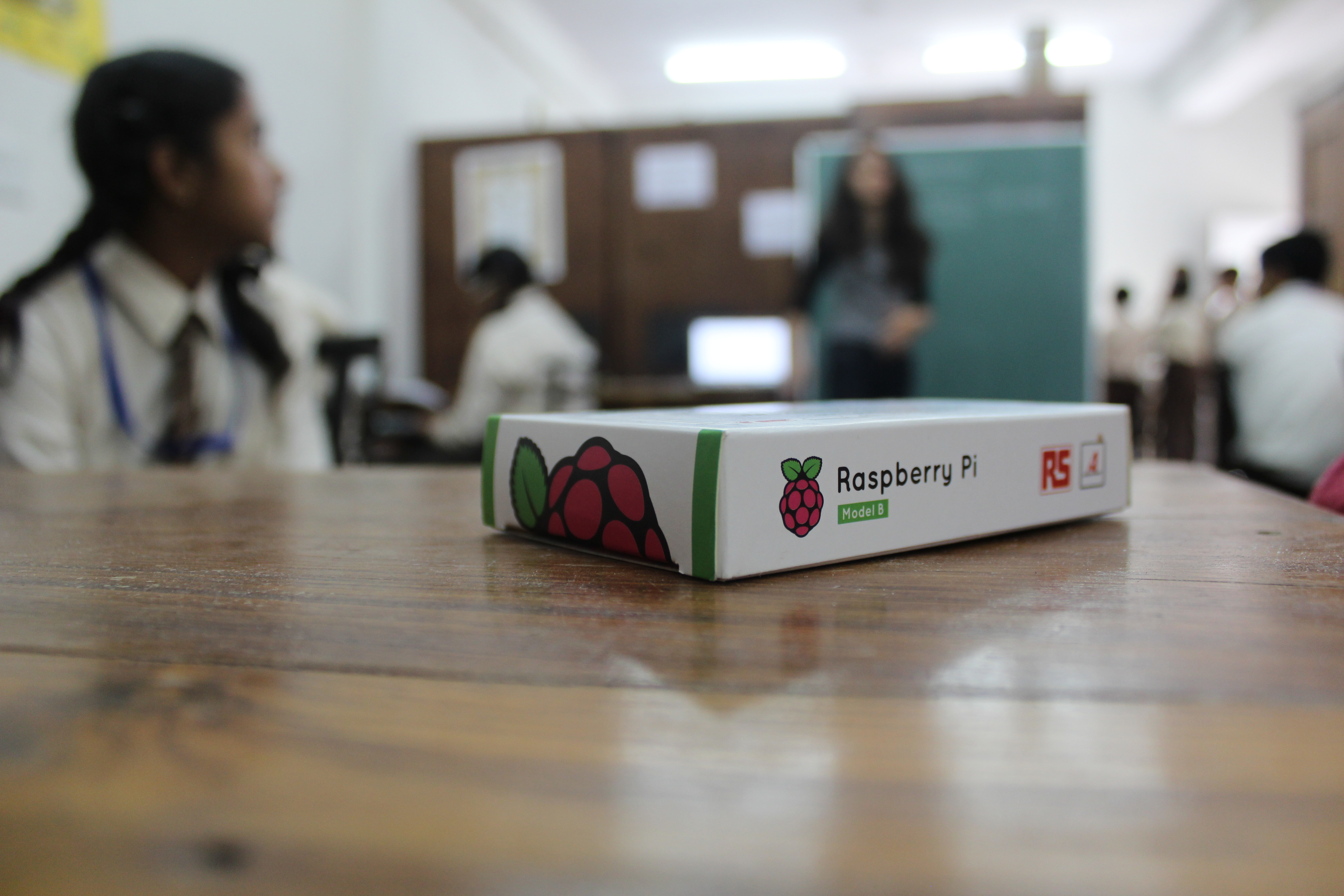 1:30 p.m. After some exploring and lunch, I went back to the upper school campus, where I was going to teach my first Python class. Once I got there, I began checking all of the monitors, keyboards, and mice to make sure that they were compatible. I found out that I would not be able to use 3/10 of the computers because they had a VGA output, which did not work with my HDMI-DVI cables.

2:00 It was so exciting to be able to meet all the students! They were shy at first, but opened up after I introduced myself, and were very interested in how life was in California. I devoted this first session to getting all of the equipment set up. I gave each student a Raspberry Pi, case, SD card with NOOBS (New Out Of Box Software), a power cord, and an HDMI-DVI cable. Together, we connected the pis to the monitors and other peripherals. I started off quite nervous to talk to students, because I didn't know how responsive they were going to be. But, it went smoothly, despite the language barrier. 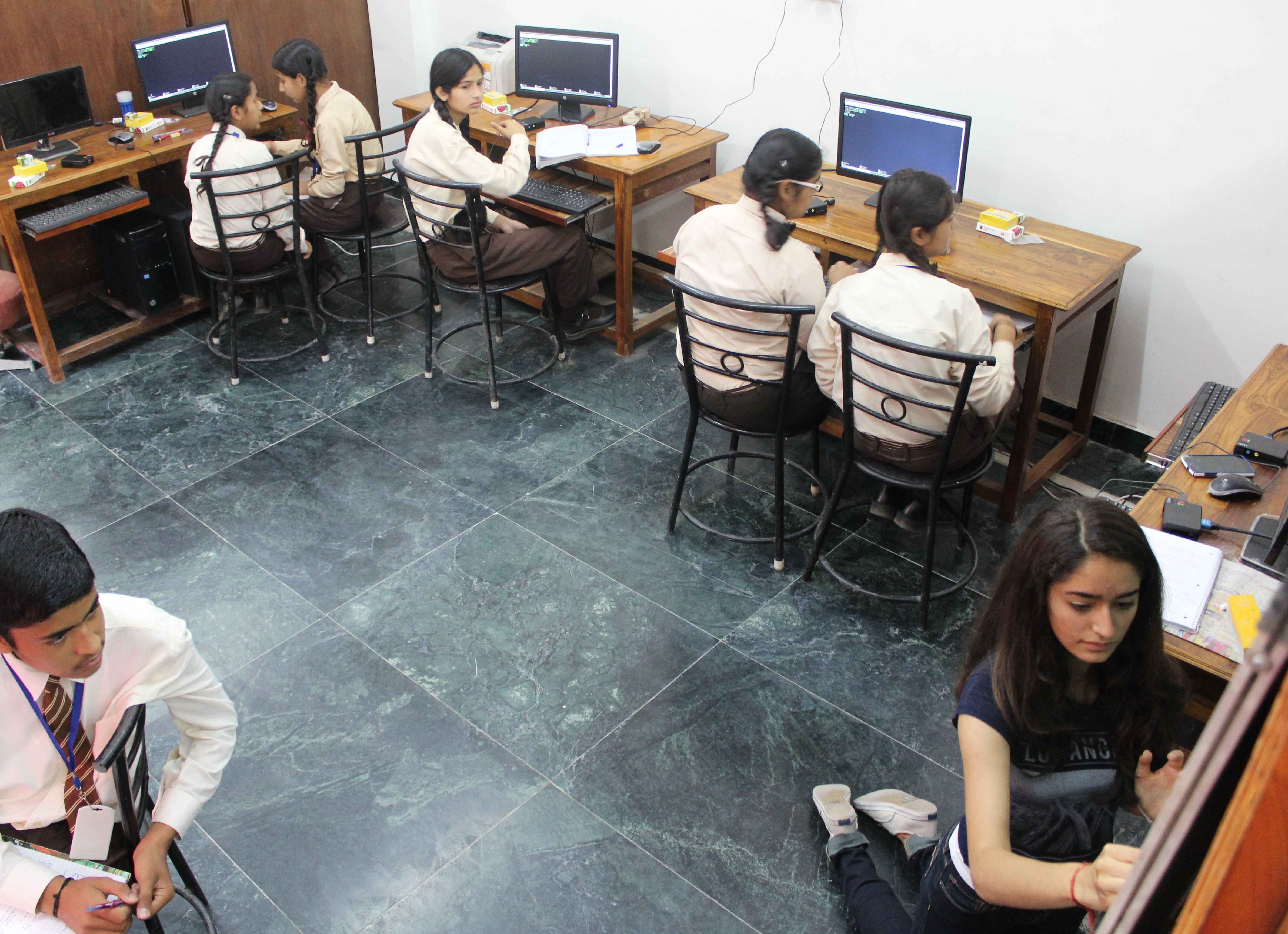 In Class: I had my first morning class today. With Jet lag and all, it wasn't a lot of…

2:00 p.m. Landed in Delhi, which was a sweltering 107º fahrenheit. After the long flight from San…